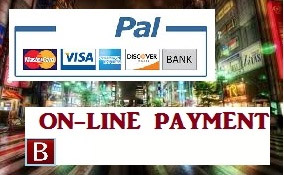 The foundation of Telc is connected with the victory of the Moravian Duke Otto II. over the Czech Duke Bretislav in 1099. It is said that in the memory of the battle the victor established first a chapel, later a church and then a community, which is the Old Town today. The only historical proof is the documentation of a seigniorial estate and watch tower with a little church, which was the residence of the royal administrator. This royal property, Telc was paid out by Charles IV, firstly it was redeemed (1335) and secondly it was exchanged with Jindrich of Hradec for the border castle Banov (1339). This family started founding a new Telc. Menhart of Hradec is supposed to have built the castle, church, water fortification and Gothic houses around the large marketplace. The town started to expand after 1354, and in spite of rapid development ů it was granted the rigth to carry out capital sentences and the right to hold annual markets by Charles IV, it used to suffer from fires (in 1386 the whole western half of the square including the church and town hall were burnt out) and later still from the Hussites rebellions.

According to the Town Chronicle established in 1359 (and later lost) the town of Telc was ů except for the castle ů conquered in 1423 by the Hussites army led by Jan Hvezda of Vicemilice. The recovery ot the town required quite a long time, although it was awarded additional privileges in the fifteenth century (fairs, brewing, the sale of salt). Zacharias of Hradec takes over the Telc estate and both the town and castle enjoy the period of prosperity. This enlightened and rich magnate (also thanks to the mariage with Katerina of Wallenstein) greatly renovates the Gothic castle and constructs joining it a chateau in the Renaissance style. Italian workmen invited to the castle help the burghers to rebuild the Gothic dwellings into the neat houses with attractive facades and arcades.

Thus the Lichtenstein-Kastelkorn family succeed to Telc, but again the first of them ů Frantisek Anton n (who built the church of St. Jan z Nepomuku and widened the chapel of St. Vojtech) dies in 1761 without a heir. His relative on the distaff side, Alois the Count Podstatsky, unified the coast-of-arms of both the families in 1762. Then the Podstatsky-Lichtensteins managed the Telc estate until 1945 when the last members of the family were espelled to Austria.

The beginning of the 19th century represents the rise of industrialisation. The Lang factory manufacturing cloths begins in the former SlavataŽs yard, this factory had as many as 600 employees. The second half of the 19th century brings a reinforcement of national political maturity. An important role was played by the schools founded in 1852. Thanks to the teachers and professors as well as to all the others who were operating there (publisher Solc and others) there rose a few associations (the Civic Beseda, Omladina (a youth association), Sokol, the National Unity) and Telc played an important role within the whole region of Southwest Moravia. With regard to communications, the isolation of the town ended by the construction of the railway connecting Kostelec with Telc in 1898 and by its additional branch leading from Telc via Slavonice to Schwarzenau in Austria. New cultural as well as economic life started to develop. No matter how much Telc vitalised, grew and spread, the inner town between the ponds and gates has kept the beautiful charm of the days of Zacharias. And this is mainly the reason for which the historical heart of the town was registered in 1992 on the UNESCOšs List of World Cultural Heritage sites.